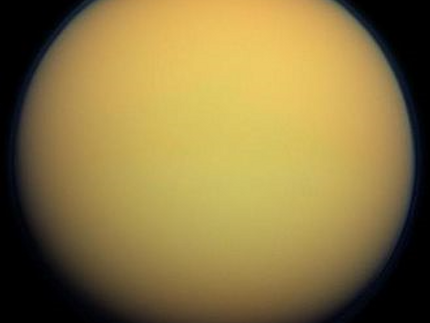 Titan in natural color. The thick atmosphere is orange due to a dense organonitrogen haze.

Titan is a rocky planet, it has atmosphere of 95% N2 and 5% CH4, but very opaque. Titan’s atmosphere is 8 times larger with respect to square meter planet’s surface compared to Earth, so we consider Titan a gaseous planet and Titan’s surface irradiation accepting factor Φtitan = 1.

Titan can be considered as a liquid methane ocean planet,

Titan has an atmosphere of 95% N2 nitrogen plus 5% of greenhouse gas methane CH4. Titan has a minor greenhouse effect phenomenon. This phenomenon is so insignificant that it hasn't appeared in calculations.

"The atmosphere of Titan is largely nitrogen; minor components lead to the formation of methane and ethane clouds and heavy organonitrogen haze. The climate—including wind and rain—creates surface features similar to those of Earth, such as dunes, rivers, lakes, seas (probably of liquid methane and ethane), and deltas, and is dominated by seasonal weather patterns as on Earth. With its liquids (both surface and subsurface) and robust nitrogen atmosphere, Titan's methane cycle bears a striking similarity to Earth's water cycle, albeit at the much lower temperature of about 94 K (−179 °C; −290 °F)." 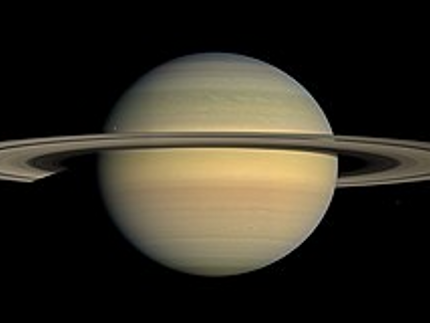 Saturn: Pictured in natural color approaching equinox, photographed by Cassini in July 2008; the dot in the bottom left corner is Titan.

The faster a planet rotates (n2>n1) the higher is the planet’s average (mean) temperature T↑mean:

It is impossible here, if you like we may communicate at: https://www.drroyspencer.com/2022/11/uah-g